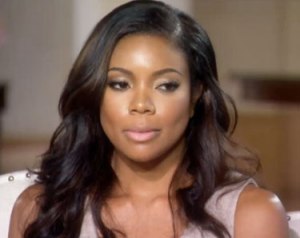 Gabrielle Union on Oprah’s Next Chapter

I spent my Sunday night watching Oprah’s Next Chapter with Viola Davis, Phylicia Rashad, Alfre Woodard and Gabrielle Union and the documentary Dark Girls on OWN. Both programs explored the experience of being an outsider whether it was as a black actress in Hollywood or a “dark girl” dealing with skin-tone based prejudice from her own community. In both scenarios, I realized minority women were pitted against each other to fight for scraps of watered-down white privilege. END_OF_DOCUMENT_TOKEN_TO_BE_REPLACED 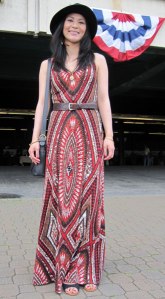 Mai at the Belmont Stakes #Maxxstyle

I’ve always loved a good deal and now that I am gainfully unemployed, I’m even more mindful about saving & spending. I submitted this photo taken by my friend Catherine Yan to T.J. Maxx’s #Maxxstyle contest. Fingers crossed that a win a gift card! See more photos on Tumblr.
with love, mai

One of Mister Rogers’ nuggets of wisdom went viral after the Boston Marathon bombings, and since then I’ve noticed a resurgence of his work. I grew up on PBS programming and joke that Sesame Street taught me English since Vietnamese was my first language. I watched Mister Rogers’ Neighborhood when there wasn’t anything else on TV, but now as an adult I can fully appreciate the soft-spoken man’s gentle wisdom. END_OF_DOCUMENT_TOKEN_TO_BE_REPLACED 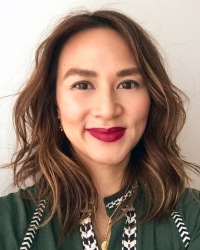 I live in New York City with my husband and daughter. I left my digital media career to be a stay-at-home mom. I started this blog as a creative outlet to share my ideas and thoughts. Thanks for joining me.
with love, mai